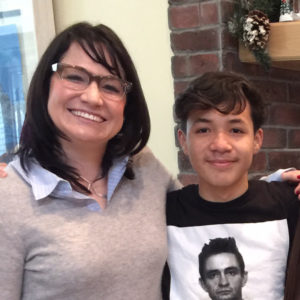 I Need To Do This For Myself

Stepping over broken bottles and empty swisher wrappers on my way to school, occasionally seeing a condom wrapper or a needle on the sidewalk. Trash filled the streets, along with humans that could be called the same. As I walked passed the cars on the crosswalk the drivers looked at me with a sense of pity. As if I was hopeless but it wouldn’t matter because as soon as they drove passed they’d forget.

Their eyes told me things they never would. A burning sensation would begin to take place in my throat and work its way to my chest and eyes. The feeling would grow until it consumed me. As I enter the school the feeling stayed the same. Students made comments that would burn holes into the back of my head. As if their mouths were guns, and their words bullets that’d shoot at me. In this world of angst and hate, it often becomes hard to be an optimist. In this pessimistic world, it’s those who are optimistic that become hurt. “Frank, there’s no time to be a pessimist!” Lindsay repeated to me. As the conflicting thoughts of giving up began to set in, an understanding of what I’d lose washed the other thoughts out.

The phrase “work hard and be nice” was engraved into my head.

It becomes hard to “work hard and be nice” when I feel as if I’m stuck in a hole. The hole is made up of the mistakes I’ve made and the people who’ve given up on me. When I look up from the hole, I see a light. The opportunities I have, the people who believe in me, the friend that refuses to leave no matter how hard it gets. It gives me a reason to work harder and be nicer, and to get out of this hole. I tell myself, do it for my family, do it for my Mom, do it for the program, do it for the staff. Make Lindsay and everyone from Core proud. They’ve allowed me to be a part of this journey, I owe it to them. But I cannot forget that overall, I need to do this for myself. Without Core, I wouldn’t know who that “myself” person is. They’ve given me opportunities to build and understand who this person is and will become.

In this community of pessimists, I have met a group of optimists. Those optimists have helped to shape me. In this world, we have a choice in who we allow into our life., I believe it’s more than accurate to say I’ve made the correct choice by allowing Core into my life. They constantly give me a reason to “work hard and be nice”. For that, I am forever grateful and hope to one day, give back to this program.